What is Assertiveness and How to Be Assertive? 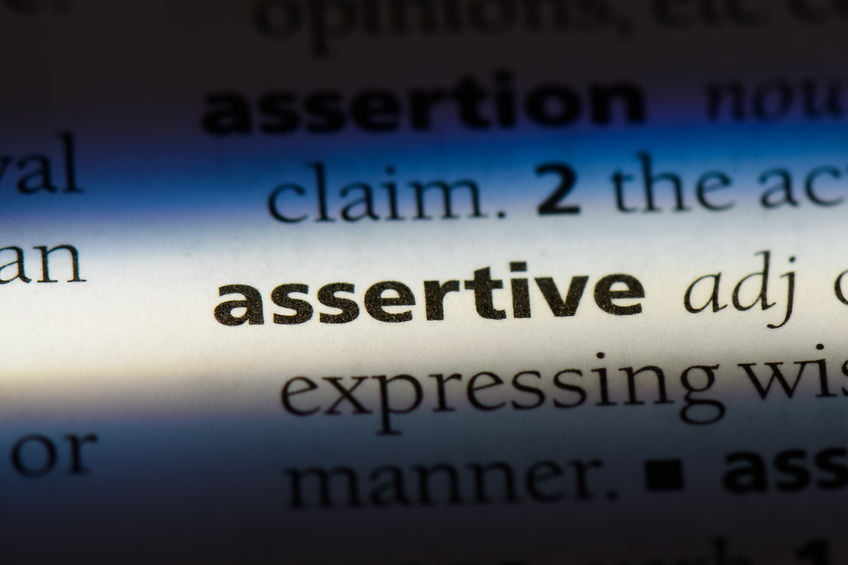 ‘I want to be able to tell people what to do’, ‘I want to be stronger with people and get my message heard’ and ‘I want to be listened to by other people’ are some of the things that we hear. But, whilst they may be seen as assertive terms or really good ideas of what assertiveness is, the fact is they are probably bordering on aggression.

So, What is Assertiveness?

Assertiveness is described as the ‘Art of Confident Communication’. It’s a method of communication whereby other people who see the communication have confidence in the person and in the message being delivered.

A great definition of assertiveness is ‘confident and direct when dealing with others’.

Let’s break this down:

Confident – the ability to deliver a message with confidence where the people receiving the communication have confidence in the person and the message being delivered. It sounds like it’s the right thing to do.

Direct – Not going from Dublin to Bristol via Newcastle! In other words, it’s getting to the point and not adding in unnecessary content to dress up the message as this can weaken the message or the message gets lost. It delivering the message in the most direct way.

Ensuring that assertiveness doesn’t get confused with aggression is the key to the skill. You may get the directness right, but if the communication style is wrong, then it can still come across as being aggressive.

One important thing to understand is that assertiveness isn’t natural. Don’t get me wrong, we may describe other people who are naturally assertive. It is probably more likely that we look at them as being confident and not necessarily assertive.

This means that assertiveness that being assertive is being:

A term we use in our assertiveness skills training courses a lot is ‘engaging your brain’. This means that in order to be assertive, you have to think about being assertive and not just expecting it to happen all by itself.

If we are not self-aware and thinking about what we are doing, then we are not being truly assertive.

Secondly, if people around you become used to your assertiveness, you will have to use a different tactic to get the things you want. This probably means you become more aggressive than assertive.

Being assertive requires control of 3 things:

Body Language – assertive people are described as using open and confident body language. There is a risk here though. If you have to force this behaviour on yourself it can come across as being forced and therefore uncomfortable and therefore not confident.

Voice – Calm tones, not shouting or even raising the voice. Assertive people tend to communicate using their current tone of voice

Words/Language – Positive language and the use of questions to understand the other persons or parties point of view. Assertive people are also known to be empathetic and use statements to this effect

Assertive people want to understand other peoples point of view before letting other people know their own. This allows for a more considered response and allows the other person to think that you have an interest in their position. This goes a long way to building better relationships and lessens the likelihood of you being seen as aggressive.